2019 a recap: the events that shaped the year 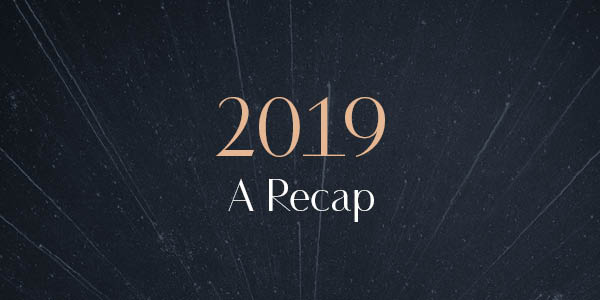 The federal election, interest rates and US/China trade tensions were some of the main events and themes that shaped the economy and financial markets this year. Let’s take a look at how they influenced businesses and investors.

The economy and markets went into a funk prior to the May federal election, as business leaders and investors waited to see whether a change of government would also shift policy settings. The Labor party’s proposals to wind back negative gearing and the imputation tax credit scheme weighed heavily on investors’ minds. The return of the Liberal party effectively lifted the cloud that had settled on financial markets at the start of the year. But the damage had already been done, reflected in below-trend economic growth, with GDP growth ending the year at just 1.7 per cent.

The Reserve Bank of Australia’s (RBA’s) cash rate ended the year at 0.75 per cent, after three reductions to the rate in May, June and October in an attempt to stimulate economic growth. So far, this does not appear to have had the desired effect, although it has helped to support the residential housing market. Property prices in Sydney and Melbourne bounced back by 2.7% and 2.4% respectively in November. Economists are expecting another cut to the cash rate in 2020 and the RBA has not ruled out unconventional monetary policy such as quantitative easing, although it has said this is unlikely.

Markets entered the year with no firm indication the ongoing trade tensions between the US and China would be settled any time soon. This is shown in the substantial fall in Chinese exports to the US, which were down by 23 per cent in November ahead of a fresh round of tariffs to be introduced this month. This is a double-edged sword for Australia. While no deal remains in place, this is positive for Australian exports to both markets. But the tension weighs on financial markets, which has a flow-on effect to business confidence and, subsequently, economic growth. But any deal may produce less favourable trading conditions for Australia. Markets have little insight into whether this situation may be resolved in the new year.

Interest rates and global trade are likely be major themes driving financial markets into 2020 and investors and businesses are factoring these themes into their planning for next year.

The information contained herein is of a general nature only and is not intended to be relied upon nor is it a substitute for appropriate professional advice. Whilst all care has been taken in the preparation of the material, it is not guaranteed to be accurate. Individual circumstances are different and as such require specific examination. Asparq cannot accept liability for any loss or damage of any kind arising out of the use of or reliance upon all or any part of this material. Additional information may be made available upon request.