Becoming Insolvent During the COVID-19 Crisis 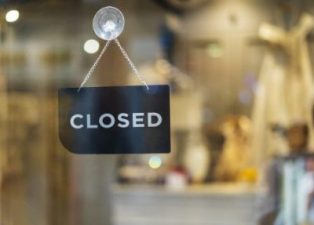 In response to the COVID-19 crisis, the Federal Government has introduced temporary relief for many consumers and businesses. Notably, it has moved to ease the insolvency and bankruptcy pressure that will inevitably be placed on many businesses and directors.

Australia has some of the more stringent insolvency laws, making these new measures a significant development. The changes are to prevent unnecessary insolvencies and bankruptcies on a mass scale and will be in place for six months from the 25th of March.

Statutory demands are a common tool used by businesses to recover debts owed to them. Failure by a debtor to respond to a statutory demand within 21 days creates a presumption that the debtor is unable to meet their debts as they arise and is insolvent.

The government has temporarily amended this timeline, now giving debtors 6 months to respond to a statutory demand before a presumption of insolvency arises and winding up proceedings can be commenced. Further, the debt owed previously had to be at least $2,000 before a statutory demand could be issued – a threshold which has been increased to $20,000.

The government has provided examples of debts in the ordinary course of business including taking out a loan to move a business online or continuing to pay employees during the COVID-19 shutdown.

Individuals have also been given some leeway as the government attempts to shield consumers through this crisis. A Bankruptcy notice can now only be issued against an individual for a debt greater than $20,000 during this period, far larger than the previous threshold of $5,000.

Further, where an individual debtor applies for voluntary bankruptcy, unsecured creditors will not be able take further action against them for at least 6 months, compared to 21 days normally.

Implications for Creditors and Suppliers

Protections afforded to debtors must be considered from a creditor’s perspective with these measures over the next six months naturally having an effect on creditors. The use of statutory demands by creditors to either facilitate payment of a debt or to commence winding up proceedings against a debtor will naturally decline.

However, winding up proceedings being initiated against a debtor do not guarantee a creditor recovery of money. When a company is wound up, its assets are sold and used to pay (in order) liquidation costs, secured creditors and unsecured creditors. In the current climate debtors may have numerous unpaid debts.

As such, creditors may be more likely to recover unpaid debts in six months when businesses are actually capable of paying, rather than competing with other creditors after a business has been wound up.

If you would like to discuss these changes, options for suppliers and creditors to businesses suffering financial difficulties or more generally how the current climate may affect your debt recovery options, please do not hesitate to contact our office.

The information contained herein is of a general nature only and is not intended to be relied upon nor is it a substitute for appropriate professional advice. Whilst all care has been taken in the preparation of the material, it is not guaranteed to be accurate. Individual circumstances are different and as such, require specific examination. Asparq cannot accept liability for any loss or damage of any kind arising out of the use of or reliance upon all or any part of this material. Additional information may be made available upon request.

Get in touch now